During the past two days, I went to the Bsides Lisbon conference. Among all the talks/workshops (that will be available online), a CTF competition and two badge-based challenges (RFID-card and a hardware soldering badge) there were some sponsor mini-challenges for some random prizes (among them a fluffy teddy unicorn). This is the write-up of the mini CTF made by Checkmarx. 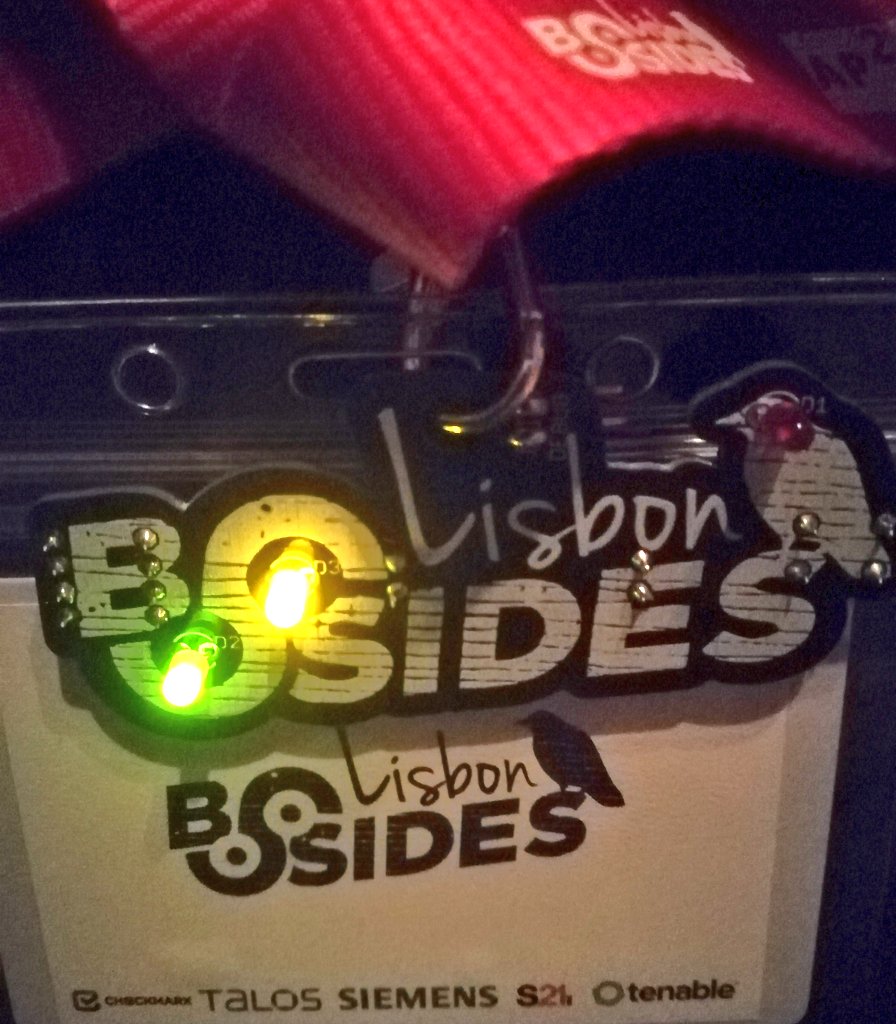 The location (URL) of the challenges was spread around in QR-codes on the conference venue (including repeated QR-codes), thus we didn’t know if there was any sequence for doing the challenges. A hint was given in the beginning: there was a total of 4 challenges and there should be delivered only one flag at the end.

Most of the challenges were solved with the collaboration of td00k.

There was an HTML page only with this phrase written on it. If you inspected the HTML, a hint was given:

<!-- Vigenere would probably start every conversation with 'Salut!' -->

So this is a Vigenère cipher. From Wikipedia, one can learn that this is a method of encrypting alphabetic text by using a series of interwoven Caesar ciphers, based on the letters of a keyword (a form of polyalphabetic substitution). So with a little digging, you would find several websites for cracking the cipher, but you always need the key.

However there was the hint that every conversation started with Salut!, so we assumed that the jlpny! should be the corresponding ciphertext for salut!. With this, we tried to gain the key using a known plaintext attack, with this website. However, no luck. After some experiments, we tried the company name as a key (checkmarx), and it worked!

So, our mistake was in assuming that the first word would be salut, but it was hello. So using the above website, we could find right away the first part of the key check, and it would be an easier process. After all, we found it anyway.

We now had the first flag: c1ro

this piece of code represents a vulnerability in GO, what is it?

So we were once again given an HTML page with the following PHP code in it:

So, the flag is echo‘ed when we submit the right vulnerability name by the answer query param. After suspecting this was a web-related vulnerability (probably one of the OWASP Top 10) and after digging we found out this Github issue on the Go language repository that mentions SSRF exploiting in the url.Parse, so we tried it and it worked!

Nice one! The flag is ZUJl

We now had the second flag: ZUJl

Complete all the challenges to get a prize @checkmarx

Once again, an HTML page was given, but this time with an input. So, after checking the page source code, we could see some JS dark magic going on. The source is too long to be embedded, so here it is.

So we got some char comparisons going on in the function function check(str). We started by converting the unicode variables for their true name:

We could see now that the code variable was being evaluated/executed, so that giant hex string was some JS code. If you converted the hex string to ASCII you would get two distinct parts.

The first part consinsting of a new value to the code variable with an recognizable aspect, a base64. Using the CyberChef tool to convert it to ASCII would give us also two parts:

So now we see 4 char comparisons going on, organized bellow:

Submitting Q3hJ in the input field would give us the message:

We now had the third flag: Q3hJ

This challenge URL, example.com/MrRobots, when entering would redirect us to a known Youtube link.

So the first thing was turning on the Burp suite intercept, setting the corresponding proxy on Firefox, and entering the URL. We could see in the header a Location= https://www.youtube.com/watch?v=dQw4w9WgXcQ along with a 302 status code. However, when looking to the response tab we would get the following message:

So after a little digging and asking around to some friends, I got a hint about the robots.txt file. When entering in the URL example.com/MrRobots/robots.txt we would get the following file:

Well done, the flag is c3Q=

We now had the fourth flag: c3Q=

With the four flags, we now have to give only one in order to get the prize. In the fourth flag, there is an equal sign, so it must be the end of a base64 string. Going to the CyberChef again, and after testing different combinations of the flags we would get something like CxIsZeBest. This was almost there, so looking again to the Crypto challenge we noticed that we would always get a small-case string even if it wasn’t. So after playing a little bit, we get it:

The final prize was a small portable Bluetooth speaker.